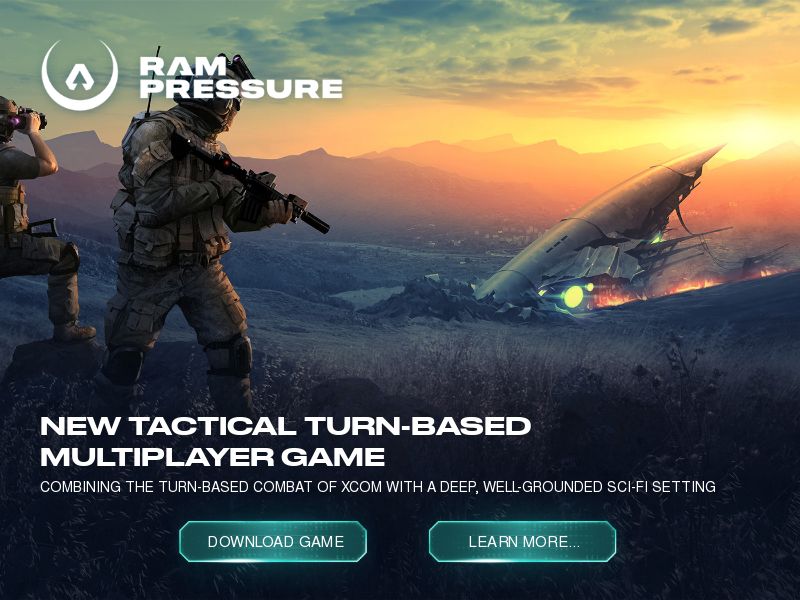 Ram pressure is a physics term for a pressure shock wave in front of a body moving rapidly in a fluid medium. A meteoroid traveling supersonically through Earth's atmosphere produces a shock wave generated by the extremely rapid compression of air in front of the meteoroid. It is ram pressure that heats the air that in turn heats the meteoroid as it flows around it.During an unusual meteorite storm that passed through our solar system, fragments of an alien space fleet fell to Earth - including damaged ships and pieces of space bases … the remains of alien fleets decimated by an ancient galactic war. Afraid of widespread panic, world governments hide the truth from the population by sending elite mercenary squads to crash sites – gaining access to the alien technology before anyone else.As the leader of one of these paramilitary organizations, you have to successfully scout, secure, and deliver the weapons and intel found in each alien crash site to paying governments indifferent to loss of life. In time – while performing extremely dangerous incursions for alien artifacts – you begin to lift the veil behind government conspiracies and state-sponsored attempts to use alien technology to control the world’s population. This is only the tip of the iceberg as far as “first contact” goes: Humanity faces a much more real serious threat that could lead to the total eradication of mankind.

Our goals is simple, We are determine to increase your revenue by providing a wide range of top converting campaigns to media buyers, publishers, and performance networks. We dont consider you our Affiliate, we take you as partner in progress. Dont look further, We are your ideal partner for your traffic monetization.