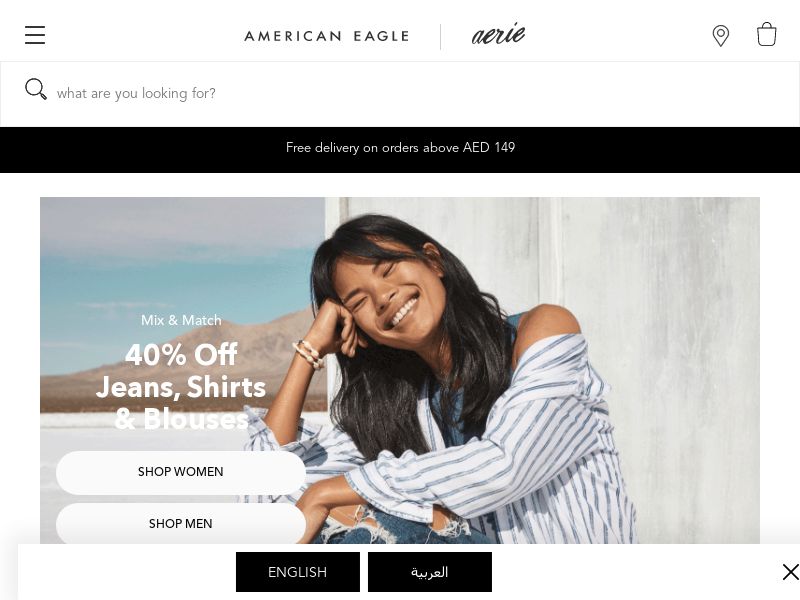 American Eagle is an American clothing company that has been in business since 1977. It offers high quality clothes and accessories. Founded by brothers, Mark & Jerry Silverman, it has its headquarters in Pittsburgh. The major products that customers can find in the company's product offer include jeans, polo shirts, T-shirts, and underwear.

Over several decades, the family-owned business has evolved into a well-known American brand. In the 1980s and 1990s, the brand has set 137 stores in 36 states. American Eagle has several dedicated lines of clothing and accessories, including men's and children's fashion labeled under other brands. American Eagle has expanded worldwide and operates in Africa, North and South America, Asia, and several European countries. American Eagle affiliate program is priced in CPS model. The rate is 5.60%. The promotion is directed to such countries as: Egypt, Kuwait, Saudi Arabia and United Arab Emirates.

How are the fashion affiliate programs carried out? - Check out our blog for more details!