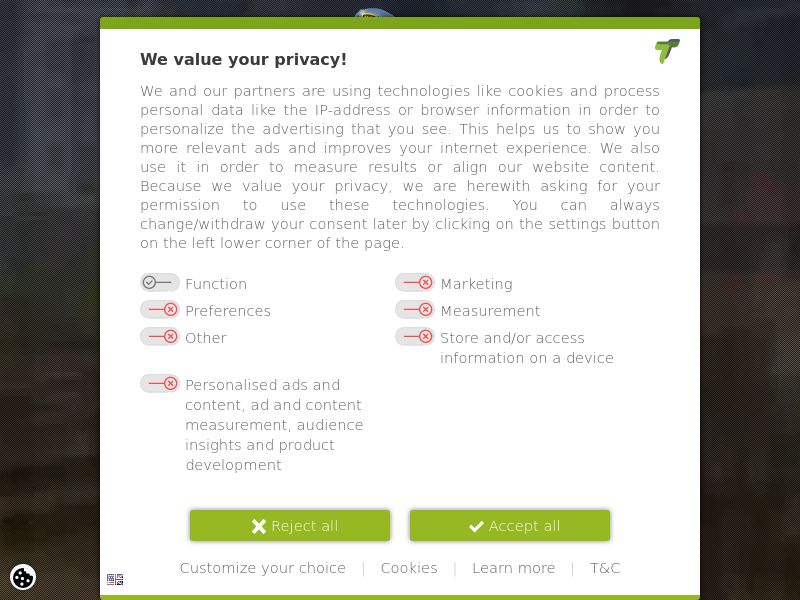 Please read the Campaign Rules before sending a request!

Rail Nation - The free railroad strategy game. Millions of fans worldwide devote their spare time to the fascination and enjoyment of tracks, locomotives, and routing. The browser game Rail Nation provides all interested strategy gamers, simulation lovers, and railroad enthusiasts with the chance to start their own railroad company.

Supply and demand are calculated in real-time based on the deliveries of all participating players and determine the price of goods. The profits earned from shipping goods can be used to upgrade the buildings in the station area or can be invested in new engines. Research plays a crucial role here. Only those who can keep up with time and deploy the most modern steam, diesel, or electrical engines will be able to compete for victory. Through the option to form corporations, Rail Nation emphasizes teamwork between friends, fellow players, and possibly even rivals, allowing thousands of players to compete with and against each other on each server.

The simulation game Rail Nation is suitable for both beginners and experienced players, and a game round will last between 3 - 4 months. One round consists of the simulation of six railroad eras, each lasting for two weeks, and a final endgame in which players once again have to deliver goods to the most advanced cities. Rail Nation can be played for free in all popular browsers.

There are daily limits applied in Rail Nation [SOI] many GEOs campaign. Please contact Your personal manager or our support team to get more details!