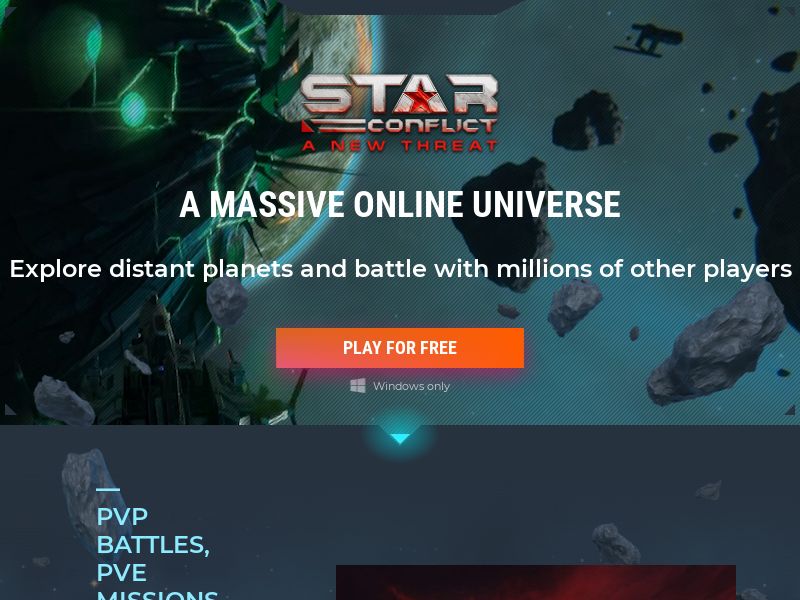 HARD KPI for the affiliate program: at least 7% of confirmed Registrations have to convert into Login, or else the convertions will be authomatically scrapped and shall not be paid.

Test limit: 100 Registrations until the feedback

Star Conflict is a free-to-play space combat action game available for PC. Players take control over a variety of spacecraft of various types and sizes and fight in immersive PvP, cooperative PvE or open world battles.

Main features:
• 8 vs 8 PvP multiplayer battles on various game modes and dozens of different space locations.
• Rich PvE content for single-player and cooperative play, including a massive sandbox Open World spanning multiple space
sectors that can be explored alone or in groups.
• More than 100 different spacecraft in 9 tactical roles for all tastes and styles of play, including fighters, destroyers, carriers,
massive battleships and more.
• Extensive upgrade and customization options for all ships including armament, modules, looks and more.

HTML5 and JPG Banners and Videos