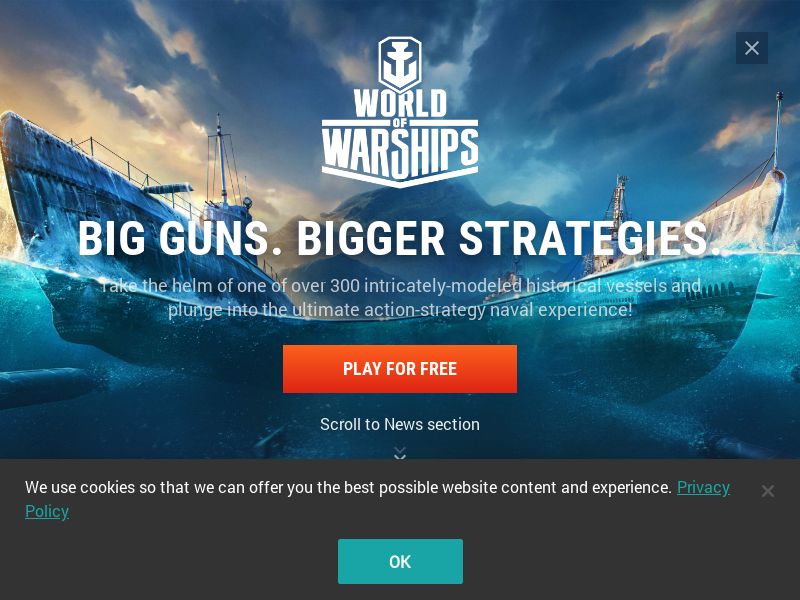 RU and BY traffic will not accepted in this offer from August 1st, 2022. Please apply to World of Warships [CPP] RU, BY offer.

World of Warships - is an action MMO that plunges players into intense naval combat. Immerse yourself in the world of epic naval warfare and command legendary warships from the early 20th century in a free-to-play massively multiplayer online game.

HUGE BONUSES for the new players!

The full list of the bonuses for the new players: