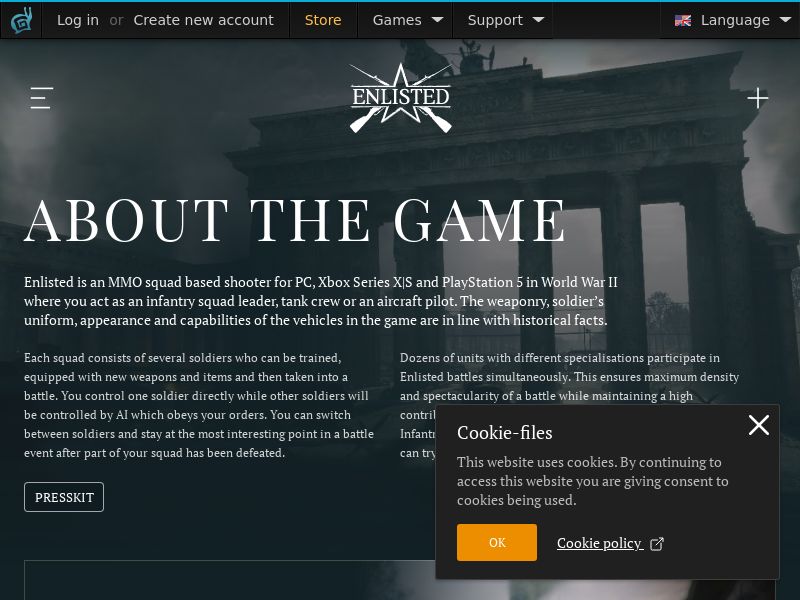 Enlisted is an MMO squad based shooter for PC, Xbox Series X|S and PlayStation 5 in World War II where you act as an infantry squad leader, tank crew or an aircraft pilot. The weaponry, soldier’s uniform, appearance and capabilities of the vehicles in the game are in line with historical facts.

Videos and Bannersets are available here